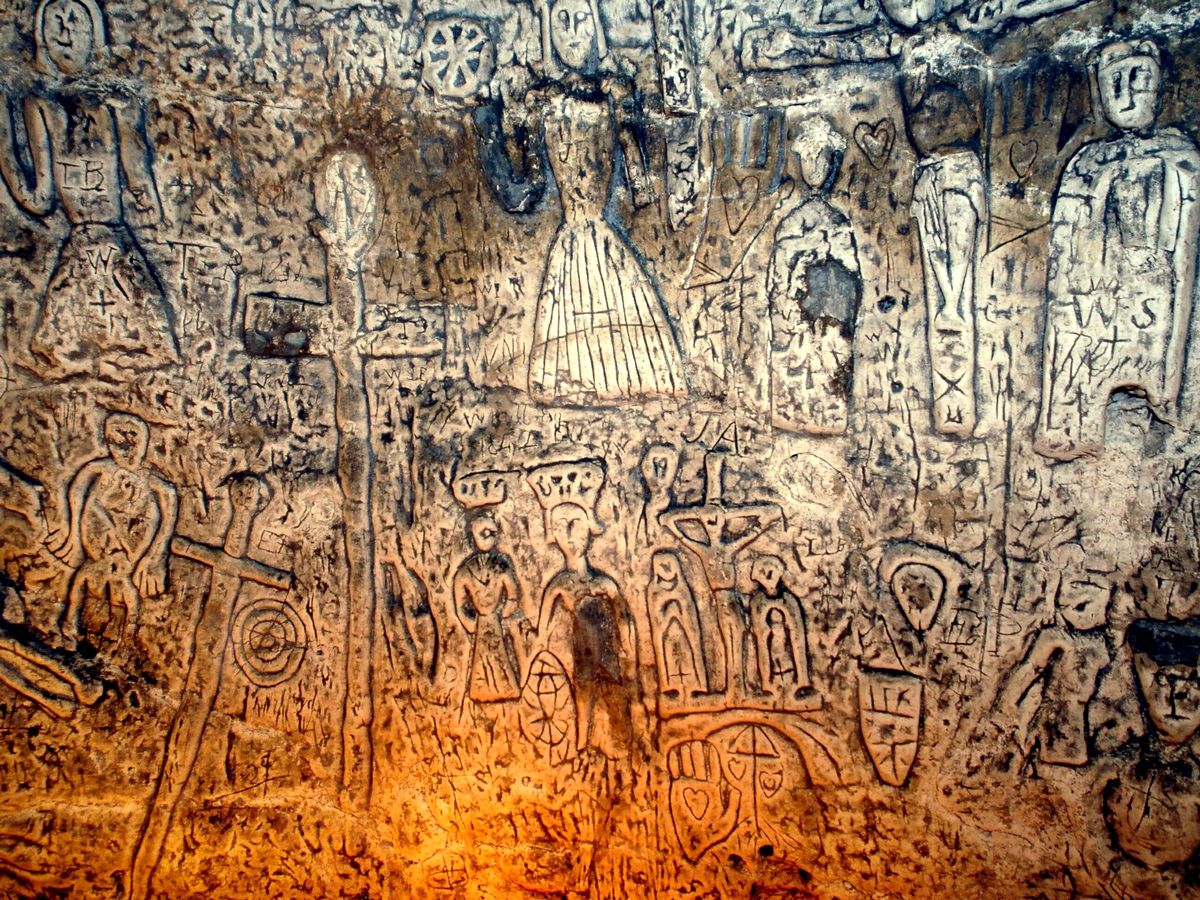 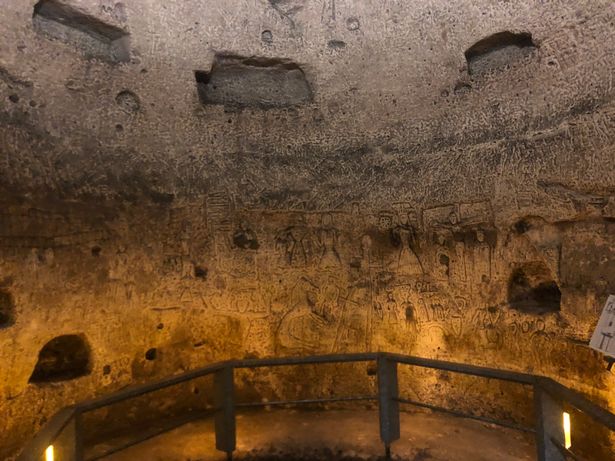 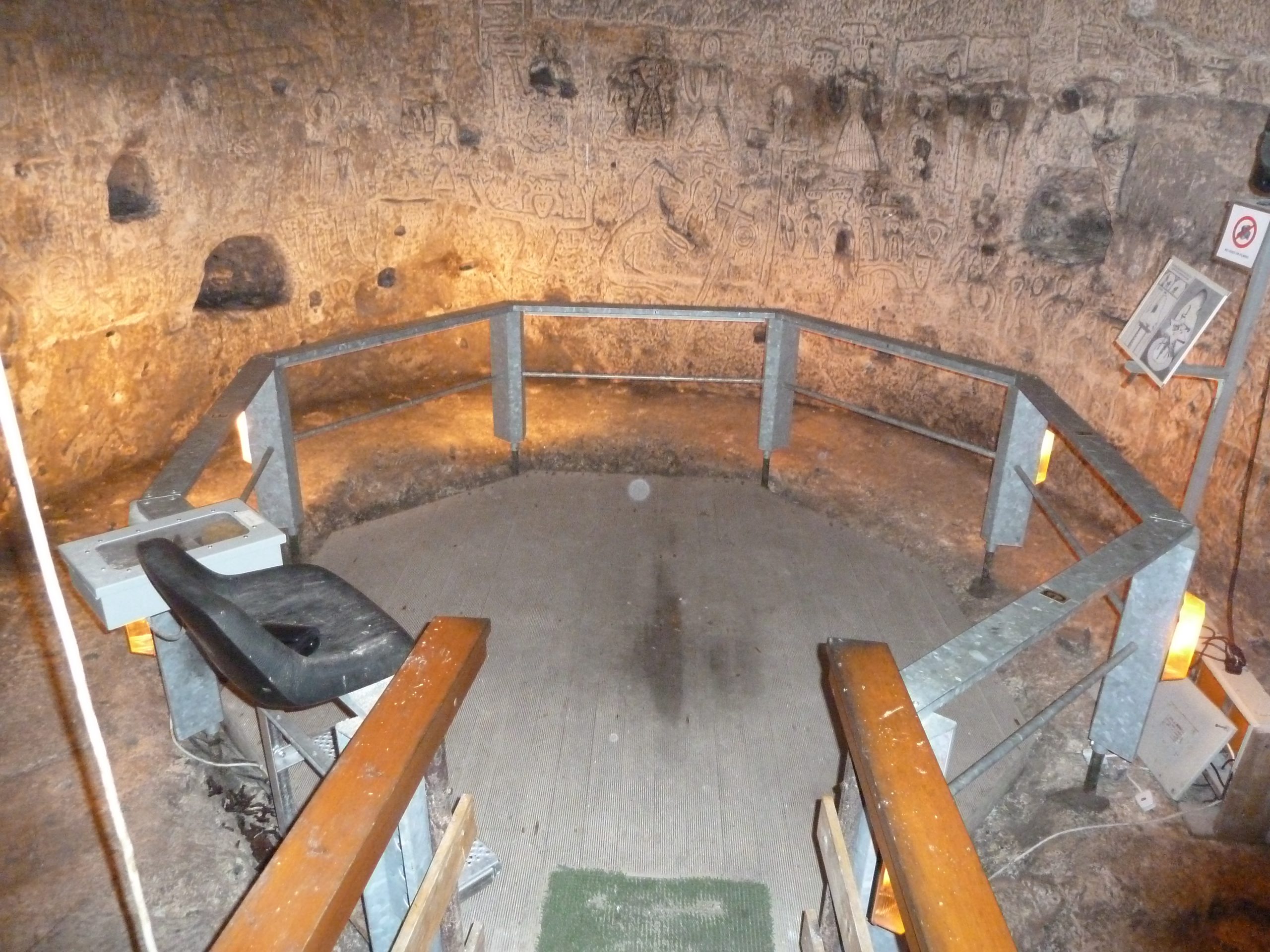 Royston Cave is an artificial cave located in Katherine’s Yard, Melbourn Street, Royston, England. It is located beneath the crossroads formed by Ermine Street and the Icknield Way. It is protected as both a scheduled ancient monument and Grade I listed building. It has been speculated that it was used by the Knights Templar, who founded nearby Baldock, but this is unlikely, despite its enormous popular appeal. There are numerous theories about the Cave covering Freemasons and Templars as well as possibilities that the Cave was a prison or an anchorite cell. However, none of these theories have enough hard evidence to warrant their being adopted by the Cave Trust. It is open to the public in the summer months on Saturday, Sunday and Bank Holiday afternoons between Easter and October. Royston Cave is a circular, bell-shaped chamber cut into the chalk bedrock. It is 8 metres high and 5 metres in diameter with a circumferential octagonal podium. The origin of this chamber is unknown. This cave is unique in Britain for its numerous medieval carvings on the walls; comparable examples exist only in the former Czechoslovakia and Israel. Some of the figures are thought to be those of St.