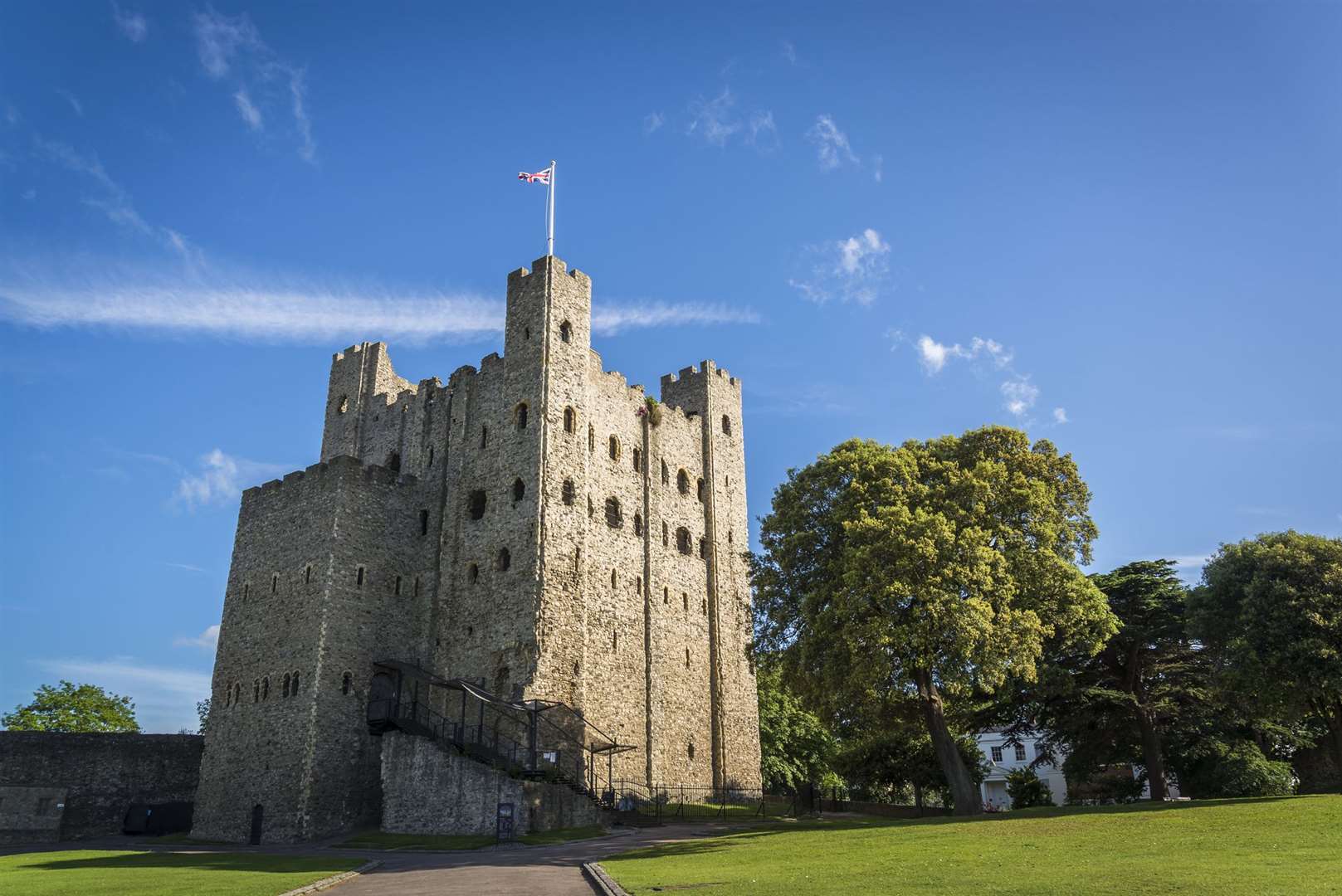 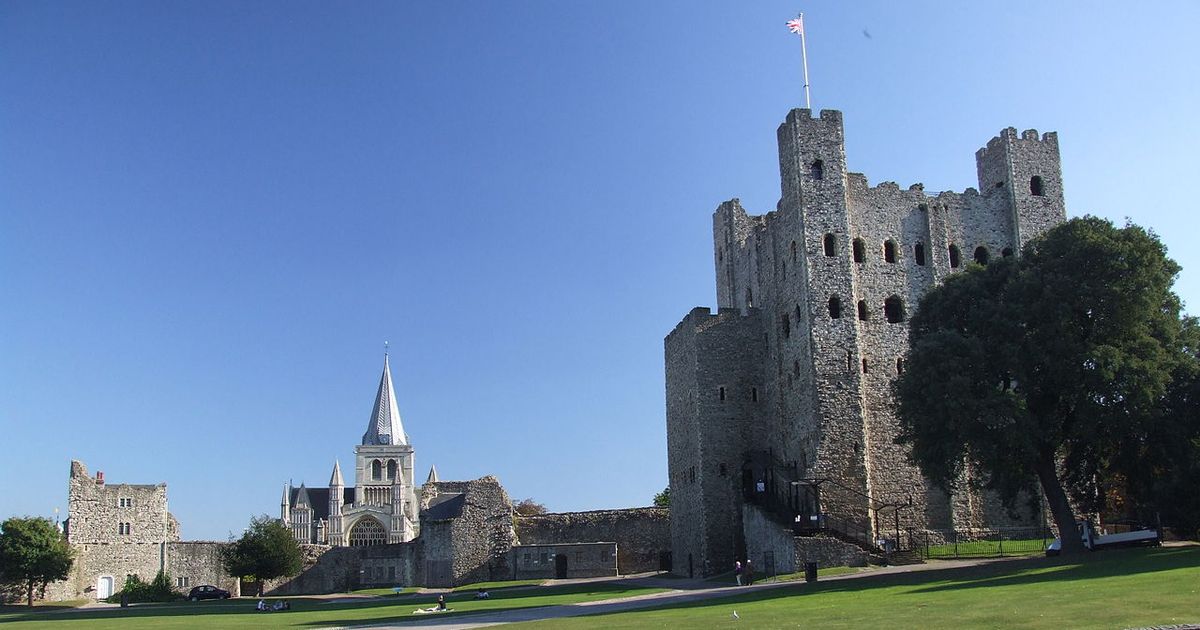 Rochester Castle stands on the east bank of the River Medway in Rochester, Kent, South East England. The 12th-century keep or stone tower, which is the castle’s most prominent feature, is one of the best preserved in England or France. Situated on the River Medway and Watling Street, Rochester served as a strategically important royal castle. During the late medieval period it helped protect England’s south-east coast from invasion. The first castle at Rochester was founded in the aftermath of the Norman Conquest. It was given to Bishop Odo, probably by his half-brother William the Conqueror. During the Rebellion of 1088 over the succession to the English throne, Odo supported Robert Curthose, the Conqueror’s eldest son, against William Rufus. It was during this conflict that the castle first saw military action; the city and castle were besieged after Odo made Rochester a headquarters for the rebellion. After the garrison capitulated, this first castle was abandoned. Between 1087 and 1089, Rufus asked Gundulf, Bishop of Rochester, to build a new stone castle at Rochester. He established the current extent of the castle.