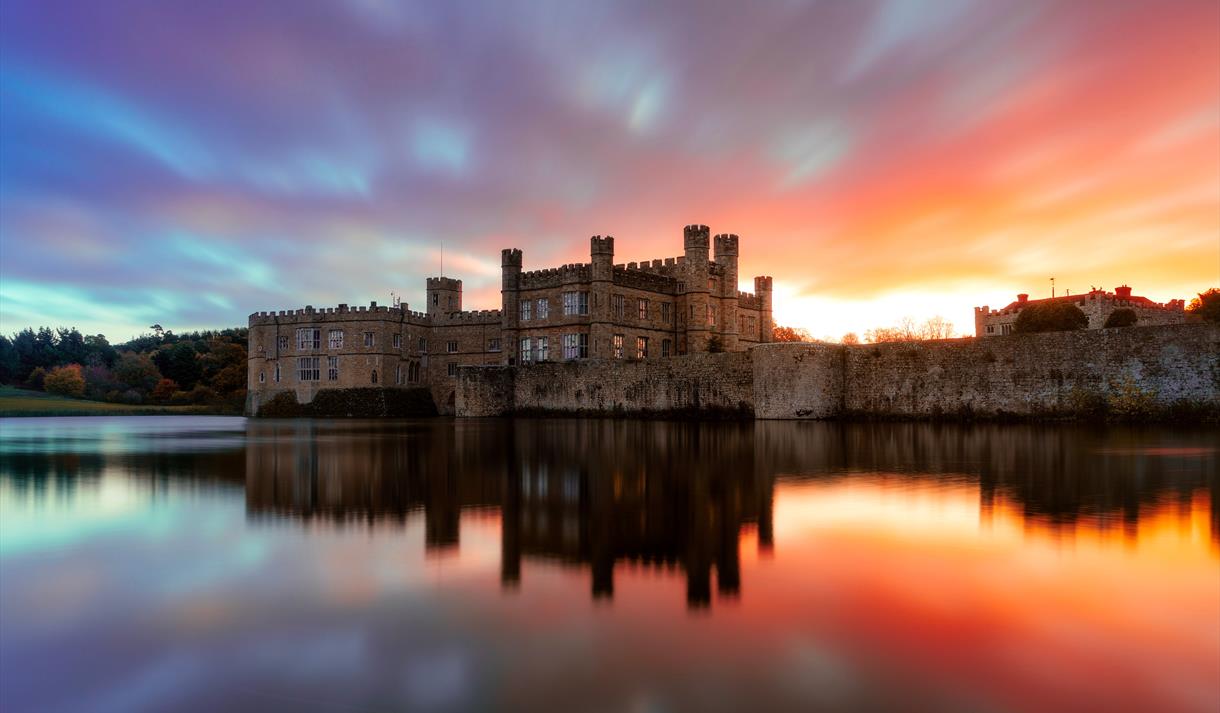 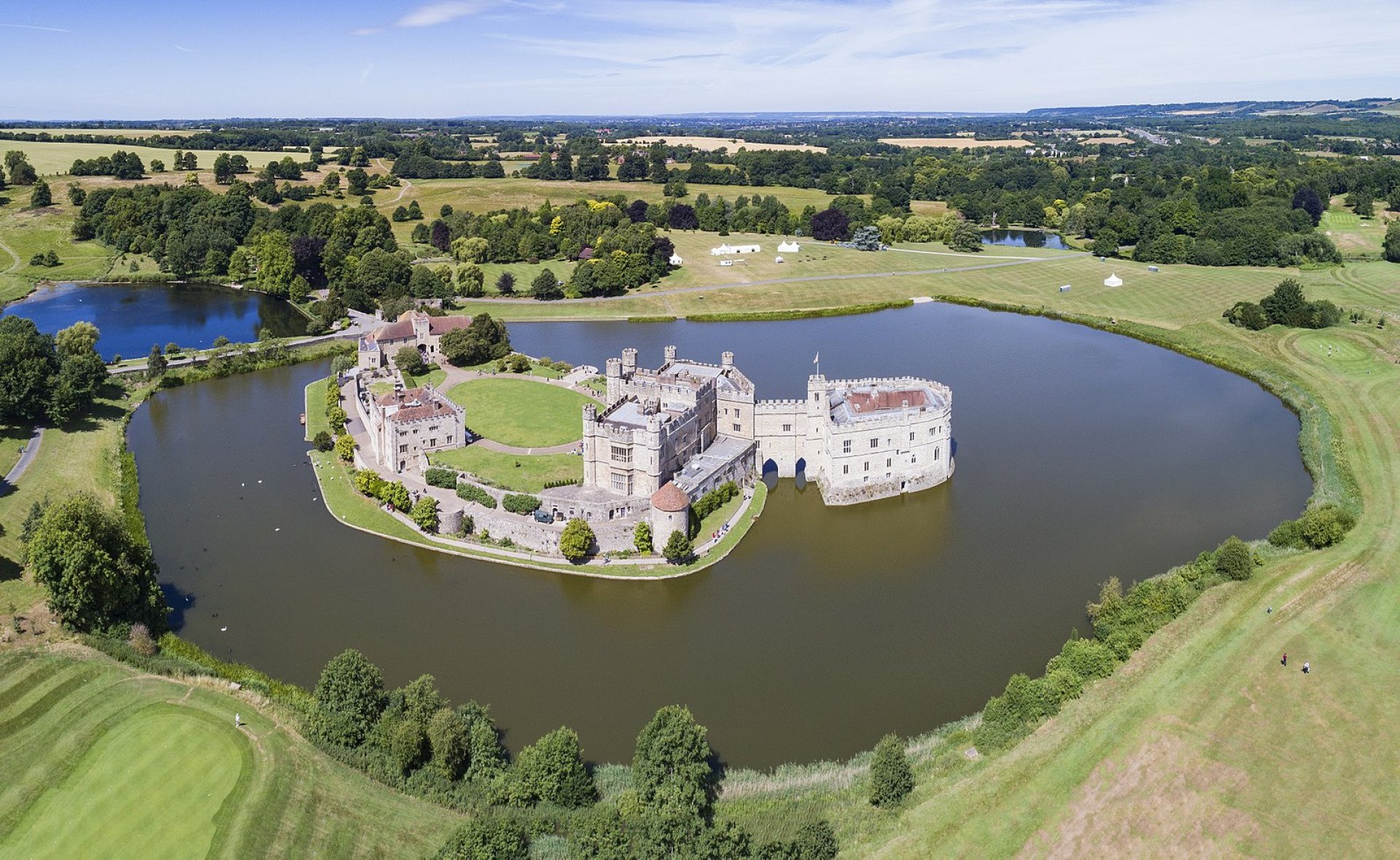 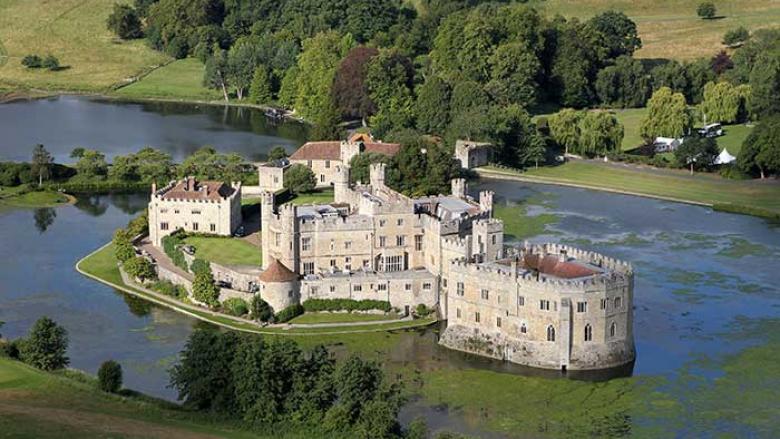 Leeds Castle is a castle in Kent, England, 5 miles southeast of Maidstone. It is built on islands in a lake formed by the River Len to the east of the village of Leeds. A castle has existed on the site since 1119, the first being a simple stone stronghold constructed by Robert de Crevecoeur which served as a military post in the time of Norman intrusions into England. In the 13th century it came into the hands of King Edward I, for whom it became a favourite residence; in the 16th century, Henry VIII used it as a dwelling for his first wife, Catherine of Aragon. The present castle dates mostly from the 19th century. It has been open to the public since 1976.